More Evidence on the Evidence: The Thinkers Who Have Influenced Our Thinking 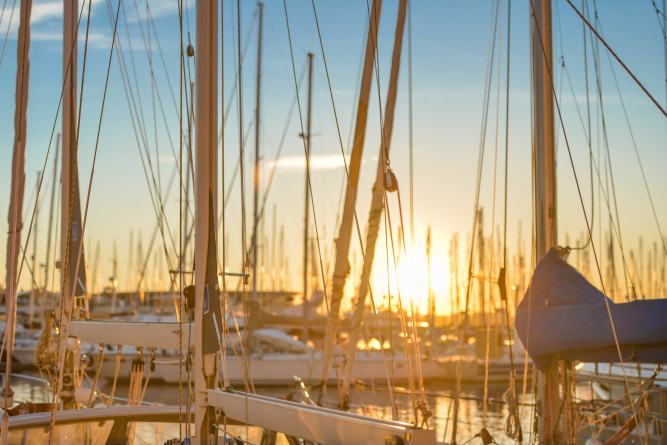 Why do we refer to our approach as evidence-based investing? As we introduced in our related article, “Evidence on the Evidence,” we believe that the evidence – especially the kind that has been peer-reviewed and time-tested – is at the root of everything else we do to help investors achieve their personal goals through sound strategy. The alternative – trying one’s luck at stock-picking and market-timing – is a much tougher (and likely more costly) pursuit.

This begs the question: Which specific evidence has borne the most fruit over time? An exhaustive account of every meaningful contribution would be a lengthy list indeed, but it helps to be familiar with the most important insights that, in aggregate, offer investors a clearer pathway through the market’s daily twists and turns.

For our purposes, most of the tenets underlying today’s evidence-based investment strategies originate in the 1950s with Modern Portfolio Theory, so we’ll begin there.

Modern Portfolio Theory (MPT) represents one of the greatest equalizing breakthroughs in financial economics, paving the way for a radically different approach to investing. Prior to MPT, it was generally assumed that the best way to invest was to look at each security (or hire someone to do so), pick a few of the “best,” and hope you were right. For every winning trade, there had to be an equal and opposite losing one in the market’s transactional zero-sum game. This meant that individual success was a dicey proposition indeed, especially net of costs.

MPT suggested that investors could abandon the cut-throat competition and play with rather than against the forces of the market by adopting a portfolio-wide approach to capturing returns. It introduced several, now widely accepted principles, including a strong relationship between market risk and expected returns, and the vital role that diversification plays in managing that risk. Most importantly, MPT described a way for any participant to earn market returns, simply by being patient and waiting for the market to do its thing.

James Tobin, “Liquidity Preference as Behavior Towards Risk,” The Review of Economic Studies, 1958

The Separation Theorem played an important role by proposing that investors could form portfolios of riskier stocks (equity), but temper that risk by offsetting it with an allocation to bonds (fixed income). Today, it’s widely assumed that a portfolio should consist of an appropriate mix of stocks and bonds reflecting the investor’s individual risk tolerances. In the 1950s, this notion was groundbreaking.

William F. Sharpe, “Capital Asset Prices: A Theory of Market Equilibrium under Conditions of Risk,” The Journal of Finance, 1964

How does the market set its prices? CAPM offered us some early, data-driven insights on this front. The Separation Theorem indicated that investors might be better off ignoring individual stock performance and focusing instead on their portfolio’s relative overall exposure to stocks versus bonds. This also was known as the single factor of general market risk. Sharpe expanded on the theme by analyzing newly available data on historic rates of returns. While CAPM left considerable room for additional inquiry, it established a stronger, data-driven platform from which to build.

In the mid-1960s, Samuelson, Fama and others contributed to what collectively became the Efficient Market Hypothesis. Complementing CAPM price-setting, EMH also crunched available data to determine that a security’s next price seemed effectively unpredictable – like trying to track a drunkard’s “random walk.” Instead, prices were generally established by the market’s collective wisdom in lieu of individual “smart” trades. The evidence continued to mount that investors seem better off consistently capturing wide swaths of the markets’ expected risks and rewards, instead of trying to chase individual stocks or particular market climates.

Parallel to financial economics, behavioral finance empirically analyzes the “human factor” in factor-based investing. Tversky and Kahneman published one of the earliest inquiries in this ongoing field, describing a number of behavioral biases to which investors seem predisposed. Particularly as improved brain-imaging techniques have advanced, so too has our understanding of what is going on in the deepest recesses of our brains that may be causing us to make seemingly irrational investment decisions, to the detriment of our end returns.

The Role of Bonds/Fixed Income

Turning to the bond side of the bond/stock mix, Fama and others have shed additional light on why it is usually a good idea to diversify one’s portfolio into a measure of stocks and bonds. With bonds, the primary risks – and thus sources for expected returns – include a bond’s term (its maturity date) and credit rating (the likelihood it might default on its obligations). These and other differences contribute to a relatively low correlation between stock and bond markets’ differing risks, expected returns and price movements. This in turn helps us understand why bonds are better suited to serve as a stabilizing rather than a returns-generating force within an investor’s total portfolio, offsetting stocks’ more volatile mood swings.

In one of the most important advances beyond the single-factor model for stock pricing, Fama and French provided key, data-driven evidence indicating that three distinct market factors went further than a single factor in explaining why one stock portfolio would be expected to perform better or worse than another over time. This became known as the Three-Factor Model. The three factors include: the market factor (stocks vs. bonds), the size factor (small-company vs. large-company stocks) and the stock-price factor (value vs. growth companies, typically as measured by price-to-earning ratios).

The Three-Factor Model has been monumental in enabling fund companies to create practical, low-cost solutions for building diversified portfolios in which holdings can be tilted toward or away from each of these factors, so investors can efficiently tailor their expected levels of risk and return.

In our related article, “Evidence on the Evidence,” we explained that one way to differentiate persistent results from fleeting patterns is whether the results are repeatable in other samples. In financial economics, this often means determining whether a factor shows up in multiple markets around the globe. This landmark study (among others) shored up existing evidence by testing a number of markets across a dozen European countries and the U.S., and finding that they shared multiple risk factors in common. The study also initiated exploration into potential benefits of diversifying not only across risk factors, but also across various global markets.

What Does the Future Hold?

In the latest capital market research, scholars cited here as well as the next generation of their peers have been exploring whether the Three-Factor Model should evolve into a model incorporating additional factors – such as stock-price momentum, company profitability and company reinvestment costs. Do these factors represent additional, distinct sources of expected return? If so, can we expect them to remain persistent over time? Can they be practically implemented after the costs involved?

These are the questions unfolding even as we publish this piece. They get to the heart of why we feel an evidence-based investment approach is crucial to our own and our clients’ well-being. We begin by harnessing the most robust evidence available to us today, using the practical solutions that have been built from that evidence to help our clients invest confidently toward their long-term goals. Keeping a watchful eye on additional evidence as it emerges, we also remain vigilant to new possibilities, applying the same criteria we described in “Evidence on the Evidence” to assess their credibility.

In this context, we believe the best way to participate in ever-volatile markets was, is and will remain those strategies and solutions that are grounded in the most durable academic evidence. While we can never promise certain success, evidence-based investing gives investors their best shot at likely success. That’s one factor we don’t see changing over time.

Learn more about Hiley Hunt Wealth Management and who we serve in Omaha, NE –Financial Planning and Investment Management 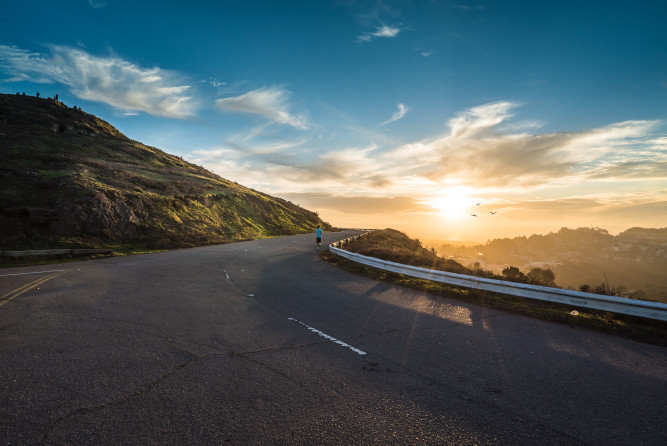 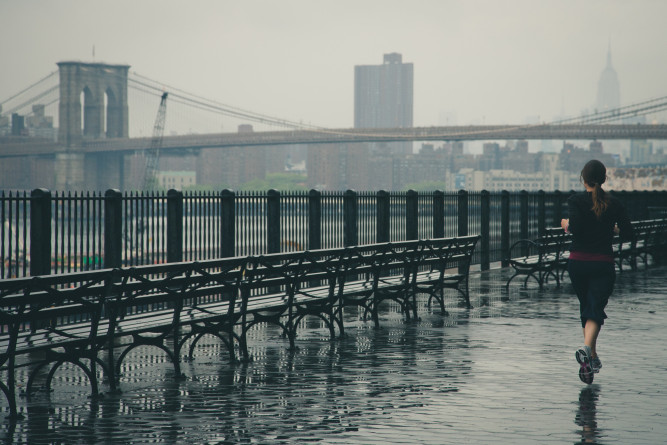 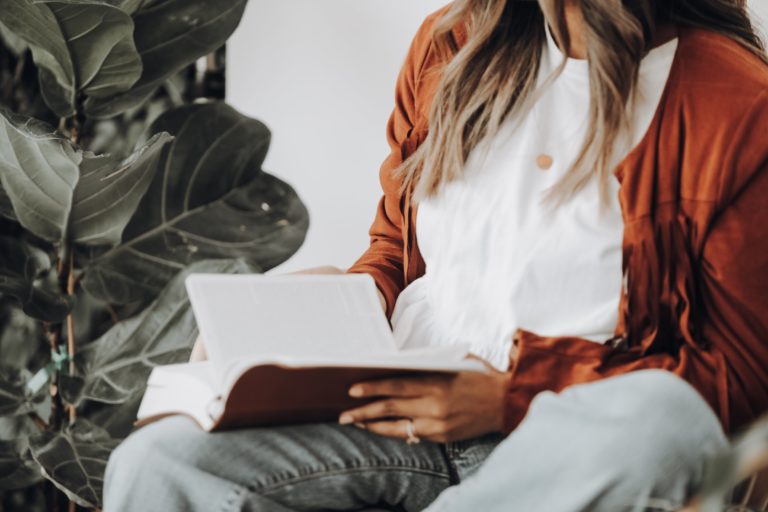